You can’t have success in the automation industry without DC or AC drives. Learn more about each type of drive and what makes them different in this guide. 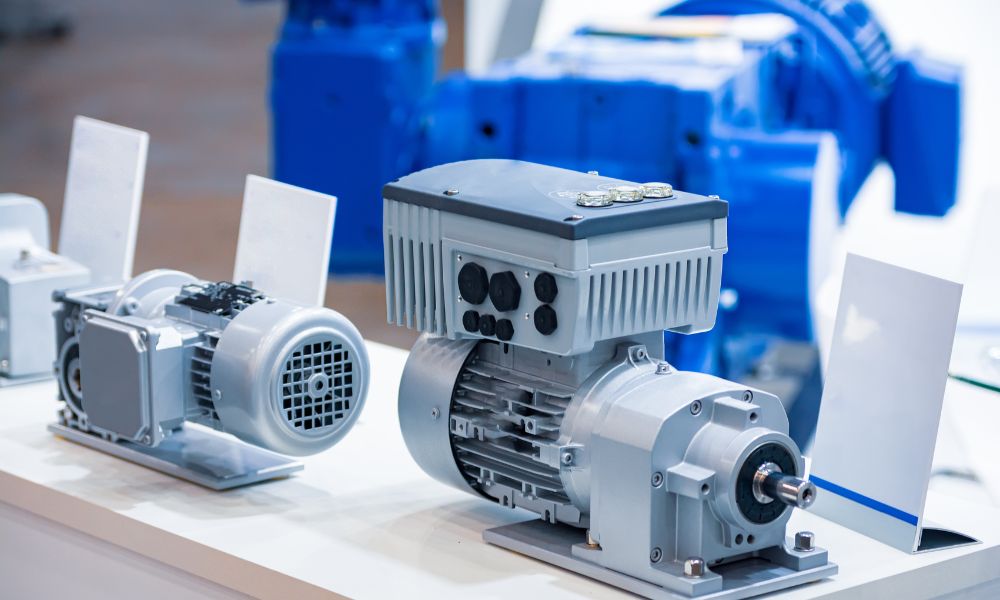 Electrical motors are essential in automation, but they aren’t nearly as useful without a drive to regulate speed. Alternating current and direct current drives are crucial to the performance of motion control systems, but each tackles its job in a different way. Keep reading to discover the difference between DC and AC drives in automation and learn which is better for you.

AC and DC drives are both types of electrical drives—an electronic device that controls the speed of an electric motor. You would be hard-pressed to find an industrial facility without dozens of electrical drives employed across devices, as these are a critical component in every facility.

What Is an AC Drive?

AC drives are devices that control the speed of an AC motor—these motors can be used in a variety of applications, from controlling fans to operating complicated machinery.

To understand what AC drives do, it’s important to first have an understanding of AC motors. Alternating current motors typically have two or three phases that determine the number of electromagnetic coils inside.

In a two-phase motor, you’ll see two pairs of electromagnetic coils across from each other that form a plus shape. In the center of these coils (which are known as stators), there is a magnet, called a rotor. The stators function 90 degrees out of phase, and this discrepancy causes the magnet to rotate. A three-phase motor functions in much the same way but features three pairs of stators that are 120 degrees out of phase.

An AC drive system has three important parts: an operator control, a drive controller, and an AC motor. The operator control is the method for starting and stopping the motor, as well as changing the operating speed.

This voltage is not truly sinusoidal but is instead a pulsed approximation—this is where the device gets its name. The waveform is pulse-width modulated, although it closely follows the regular shape of a sine wave.

A load commutated inverter (LCI) is a system containing both an input and output thyristor bridge. The input bridge supplies a DC current into an inductor, while the output bridge passes the DC current to the generator’s stator, causing rotation.

What Is a DC Drive?

Just as there are multiple types of AC controllers, there are several types of DC drives.

Most DC drives are nonregenerative, meaning they control torque and speed in a single direction. When you add another electromechanical armature, you can reverse polarity and change the direction of rotation.

Now that you know a bit more about how AC and DC drives work, let’s explore the key differences between the two.

As we explored earlier, the main difference between these drives is the way they operate. While AC drives convert AC voltage into DC with a rectifier circuit, DC drives convert the AC input into DC at varying voltages. While the processes are different, the result is the same: motor speed control.

A major difference between the two drives is that DC drives are self-starting while AC drives are not. This is a benefit that pushes DC over the edge for many people—a quick start is always a positive!

The commutator in DC drives limits the maximum speed, while AC drives do not share this limitation. Two-pole AC drives can reach 3,600 rpm at 60 Hz, while four-pole AC drives reach approximately 1,800 rpm.

Because they utilize two conversions, AC drives are considered more complex than DC drives. This allows for easier repair of DC drives, which may save you time on the factory floor.

Due to the simplicity of their design, DC drives are generally less expensive than AC drives. Repairing or replacing a DC drive will typically cost less than AC drive maintenance.

When you need local or remote operator controls for power modules, there isn’t a better choice than the Reliance FlexPak 3000. It’s a DC drive line that’s ideal for configured drive applications in which you require as much wiring and panel flexibility as possible.

Now that you know the difference between DC and AC drives in automation, you can choose which is best for you based on your applications. When you require a more efficient option, you may want to choose DC power. LED lights, for example, are far more efficient than incandescent lights, and a majority of LEDs utilize DC power. If you have any questions about the differences between these two types of drives, contact the experts at AX Control.