The IS200EXHSG3A is a GE Mark VI printed circuit board

Sell Surplus: Have a IS200EXHSG3A to sell? Sell Now 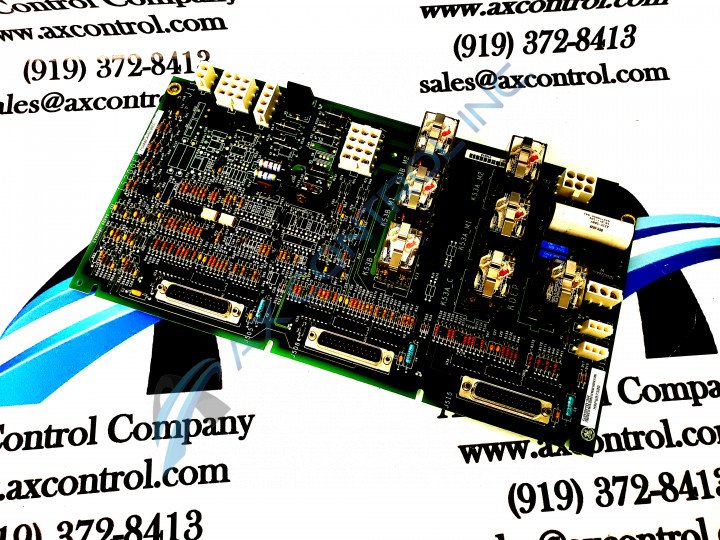 The IS200EXHSG3A is a GE Mark VI printed circuit board

Sell Surplus: Have a IS200EXHSG3A to sell? Sell Now

The IS200EXHSG3A is a printed circuit board component that is part of a Mark VI system.  The Mark VI is one of six gas/steam turbine management systems released by General Electric as part of their Speedtronic line.  The Speedtronic systems began with the release of the Mark I in 1969 and has improved in efficiency, reliability, and technology with every release since then.  The Mark VI is designed around a Control Module that acts as the heart or hub of the entire system. This is connected to an operator interface designed using a Windows-based PC.  The operator interface allows a user to access most system data from one location. However, control remains within the Control Module.

The  IS200EXHSG3A is designed as a Static Exciter High-Speed Terminal Board (EXHS.) The board is built with a solid-state relay driver.  The board is used with a high-speed contactor for protection in higher current applications.

The  IS200EXHSG3A is built with eight plug connectors located along the board edges.  These vary from a 12-position plug down to a 2-position plug. The board also has three ribbon connectors and two conduction sensors.   The board is shaped in two corners and has four notches cut into its front edge. The board carries the manufacturer’s logo, the board identification number, as well as several codes.

The  IS200EXHSG3A has a single heat sink component.  It is built with seven relays; these are marked with reference designators that each ends in M1, M2, or C The board has transistors, integrated circuits, metal film resistors, carbon composite resistors, and capacitors of various materials.

Our highly skilled technicians can repair your IS200EXHSG3A. All of our repairs come with a 3 Year AX Control Warranty. Please contact us for additional information about our repair process. To receive the repair pricing and lead time listed above please process your repair order via our website. The following repair options may be available upon request: