The Mark VI IS200ESYSH1AAA is a printed circuit board created by GE. It belongs to the GE Mark VI IS200 Speedtronic Series.

Sell Surplus: Have a IS200ESYSH1AAA to sell? Sell Now 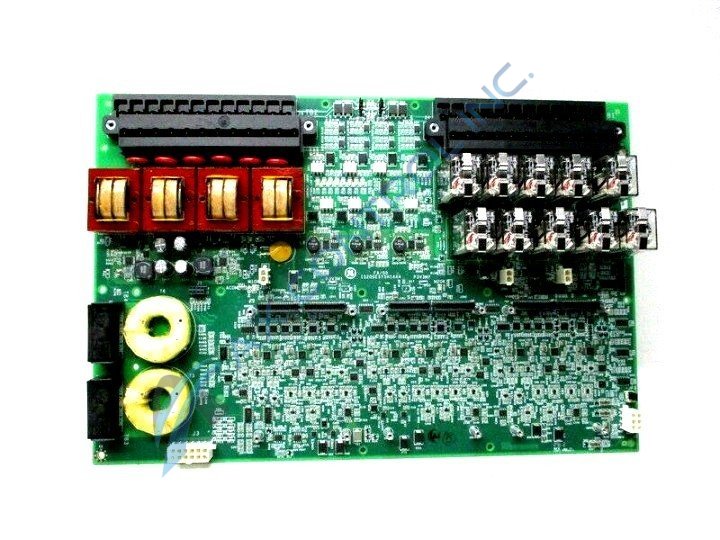 The Mark VI IS200ESYSH1AAA is a printed circuit board created by GE. It belongs to the GE Mark VI IS200 Speedtronic Series.

Sell Surplus: Have a IS200ESYSH1AAA to sell? Sell Now

The IS200ESYSH1AAA is a printed circuit card used within the Mark VI Speedtronic system.  This is one of several Speedtronic systems released by General Electric since the late 1960s for the control and protection of industrial gas and steam turbine systems.  Unlike some preceding systems, however, the Mark VI has the capability to be designed as either a Simplex or as a TMR (triple modular redundant) control system, which allows it to be used on turbines of a wide variety of complexity and size.

The IS200ESYSH1AAA functions as a System Interface Board for Customer Input/Outputs.  The board, which is typically used within EX2100e excitation controls, interfaces external customer I/Os with the unit.  The IS200ESYSH1AAA can be used with both static and regulator versions of the EX2100e.

The IS200ESYSH1AAA is designed with four transformers along one part of the board, plus two transformer coils located near the bottom left corner.   It has two large terminal strips along one long edge to allow for multiple connections.  The board also has ten relays.   Other board components include heat sinks, metal oxide varistors, high-voltage electrolytic capacitors, integrated circuits, and a number of different kinds of plug connectors.   The board has several mounts to allow for the addition of daughterboards.  These are typically HSLA or HSSL boards, and add more capability to the ESYS board.

For additional information about the IS200ESYSH1AAA, refer to the documentation provided originally by General Electric.  This can be sourced through EX2100 control manuals or other products referencing this PCB.

AX Control offers an automatic warranty on every purchase.  Our warranty page located elsewhere on this site will have more information about terms and conditions.

Our highly skilled technicians can repair your IS200ESYSH1AAA. All of our repairs come with a 3 Year AX Control Warranty. Please contact us for additional information about our repair process. To receive the repair pricing and lead time listed above please process your repair order via our website. The following repair options may be available upon request: