The IS200EHPAG1A is a GE Mark VI printed circuit board

Sell Surplus: Have a IS200EHPAG1A to sell? Sell Now 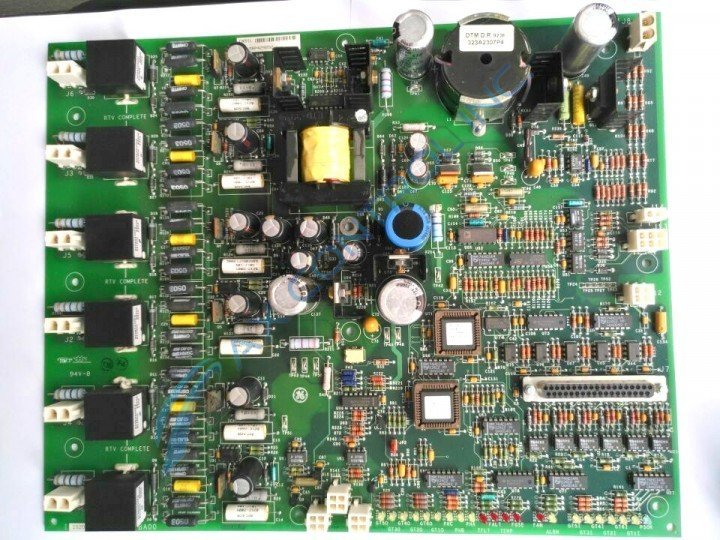 The IS200EHPAG1A is a GE Mark VI printed circuit board

Sell Surplus: Have a IS200EHPAG1A to sell? Sell Now

The IS200EHPAG1A is a PCB component for GE’s Mark VI series for gas and steam turbine management.  The Mark VI is one of the later systems released in the Speedtronic line, which began distribution with the MKI in 1969.  The Mark VI is designed to be adaptable for use in a variety of applications and can be scaled by the number of modules used and the complexity of those modules (Simplex or redundant form.)

The IS200EHPAG1A has a total of eight transformers.  Six of these are placed in a line near one edge. The board has thirteen high-voltage electrolytic capacitors of various sizes, along with capacitors made of polyester vinyl material, ceramic, and other materials.  Resistors tend to be made of metal film.

Excessive heat from components on the IS200EHPAG1A is dissipated by the use of six heat sink components.  Other components not already listed include over ten transistors, two CPU sockets, an LED strip, and individual LED warning lights located on the front board edge.  These include 5 red, one green, and sixteen amber LEDs.

Our warehouse team will carefully pack the IS200EHPAG1A to make sure it is received at your facility damage-free.  We recommend a review of manufacturer manuals for safety data and installation procedures before your new part is unboxed.

Our highly skilled technicians can repair your IS200EHPAG1A. All of our repairs come with a 3 Year AX Control Warranty. Please contact us for additional information about our repair process. To receive the repair pricing and lead time listed above please process your repair order via our website. The following repair options may be available upon request: