The IS200EHFCH2A is a GE Mark VI printed circuit board

Sell Surplus: Have a IS200EHFCH2A to sell? Sell Now 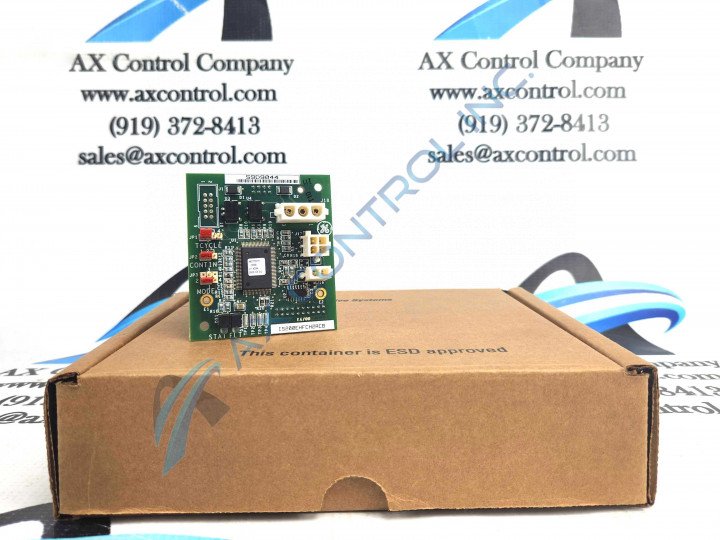 The IS200EHFCH2A is a GE Mark VI printed circuit board

Sell Surplus: Have a IS200EHFCH2A to sell? Sell Now

The IS200EHFCH2A is a small PCB component for the Speedtronic Mark VI turbine control system from GE.  The Mark VI has several decades of research and development behind its integrated control, protection and monitoring system that is considered a complete solution for the management of heavy-duty turbine systems.  The hardware and software of the Mark VI have been designed in close coordination with each other. The Windows-based PC operator interface is preloaded with proprietary software specifically designed for turbine management, like CIMPLICITY graphics and GE’s Control System Toolbox.  The operator interface has Ethernet capability for communications.

The IS200EHFCH2A functions as an Exciter Fan Control board.  This small board has very few components. The most prominent components on the board include three plug connectors located on the right edge.  From back to front these include a three-position, a four-position, and a two-position plug. On the opposite side of the board, the IS200EHFCH2A  is populated with three jumper switches. It must be noted that while JP2 and JP3 are two position jumpers, JP1 has three positions. Manufacturer manuals or data sheets will provide information on jumper settings.

The front edge of the IS200EHFCH2A includes two display lights that are marked “FLT” and “STAT.”  Four TP test points are located to the right of these lights, and next to these is a field of two by ten metal points.  This field is labeled IA/00. The board number is marked just below this field.

Other components on the IS200EHFCH2A  include two integrated circuits, two factory drilled holes marked E1/E2, and several resistors and capacitors.  Reference designators and numbers are used to mark components.

Our highly skilled technicians can repair your IS200EHFCH2A. All of our repairs come with a 3 Year AX Control Warranty. Please contact us for additional information about our repair process. To receive the repair pricing and lead time listed above please process your repair order via our website. The following repair options may be available upon request: