Sell Surplus: Have a DS200FCSAG2A to sell? Sell Now 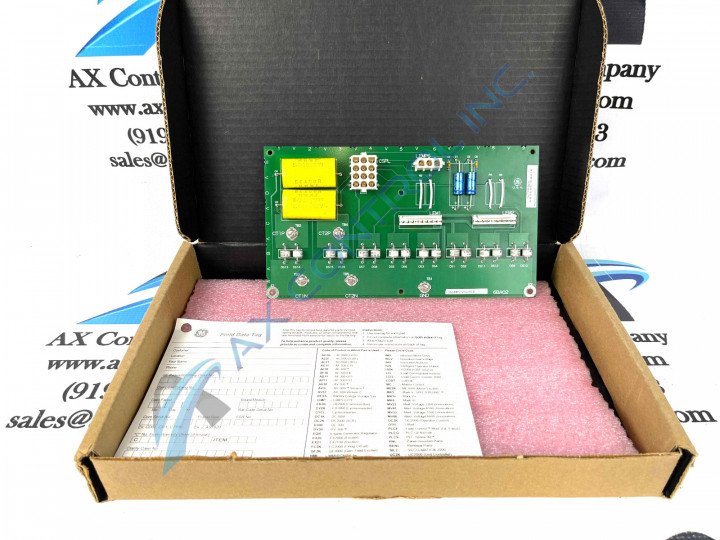 Sell Surplus: Have a DS200FCSAG2A to sell? Sell Now

The DS200FCSAG2A, from General Electric, is designed as a Current Sensing Interface Board.  A current sensing interface board is typically used to measure electric current and to provide a path between other board components for that current.  The DS200FCSAG2A is used in GE Speedtronic systems like the Mark V.  This system is a TMR or triple modular redundant control system for steam and gas turbine systems.  The DS200FCSAG2A is no longer actively manufactured by General Electric but can be purchased from AX Control as a reconditioned board.

The DS200FCSAG2A is a small board with few components.  It is marked on two edges for alignment.  These edges are notched along their surface.  The board is drilled in all corners.  Two corner holes are ringed with a conductive material and are marked as E1 and E2.   The board is marked with codes like 6DA02 and 6BA02.

Board components used on the DS200FCSAG2A include several types of capacitors.  This includes two Seacor 5.0 10 200V polyester vinyl capacitors, two small ceramic capacitors, and two electrolytic capacitors.  The board has eight sets of two diodes, sixteen in all, placed on the board in a single line.  It has four resistors marked but uses surface wires in place of traditional resistor components.

Other board components are primarily connectors.  This includes five terminal strips (TB1-TB5) that each has one screw connection each, two vertical pin header connectors (LEM1 and LEM2) and two Mate-N-Lok connectors.  One of these connectors has three positions while the other has twelve.  For more information, refer to GE manuals or user guides.

Our highly skilled technicians can repair your DS200FCSAG2A. All of our repairs come with a 3 Year AX Control Warranty. Please contact us for additional information about our repair process. To receive the repair pricing and lead time listed above please process your repair order via our website. The following repair options may be available upon request: